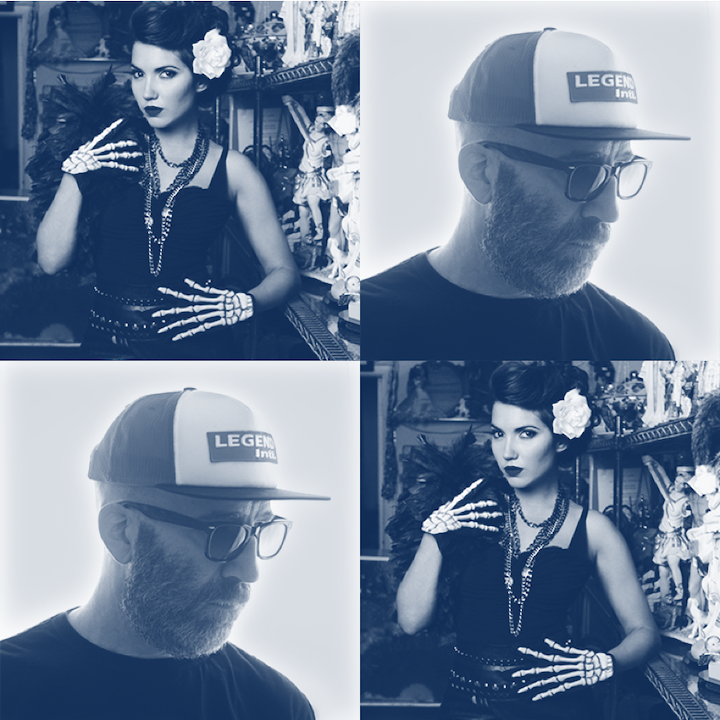 Nicolle is a Miami based singer-songwriter/producer, daughter to renowned Latin musicians, Willy Chirino and Lissette Alvarez, and granddaughter of Cuban music & TV stars, Olga y Tony. At a young age, she started playing the Miami music scene as a guitarist, singer, backup singer, bassist and even a drummer with local and global acts. She attended New World School of The Arts for musical theater in high school and studied music production at SAE Institute. When she was a teenager, her and her 4 sisters formed a band, The Chirino Sisters, who were signed to Sony and won the global song and music competition, the OTI, for the US; the second time ever in it's long history.

She also won the very first "Florida Grammy Showcase" as a new artist and then signed with Universal Music Publishing as a songwriter for 15 years.  She has written songs for acts from the U.S., Sweden, Europe and Latin America and composes music for film, TV and ad campaigns. Nicolle's solo music merges several genres blending her sultry voice and acoustic guitar with pop music, indie rock, bossa, jazz and classic rock & soul. She also has recorded, toured and performed with several groups, both as the artist and as a backing musician with well-known artists.

Nicolle is currently working on an indie pop record with artist and ex-Menudo, Adrian Olivares. You can find her playing locally in Miami solo, with her band and with her sisters and father on social media on Facebook/nicollechirino and Instagram as @nicoxo.

Aaron grew up in Cincinnati, Ohio studying Classical music and graduated from the Creative and Performing Arts High School, then attended Cincinnati’s College Conservatory of Music studying music composition. He ultimately moved to Miami and got into the recording studio at Miami-Dade College, which opened many new doors. As a recording musician and writer, Aaron has worked with famed producers Scott Storch, Rodney Jerkins, Big Bert, and Kara Dioguardi, and has learned along the way working with leading recording engineers Jimmy Douglas, Dave Pensado, Bob Rosa, Dave Way, Tom Lord-Alge, Dave Ivory and Gary Noble.

Aaron is well known for his work as a musician and writer on platinum Pop albums. His talent can be heard on recordings with mega stars such as Beyonce’, Christina Aguilera, Michael Jackson, Chris Brown, Enrique Iglesias, The Notorious BIG and Quincy Jones. He has also written and produced ad music for many major international brands. Prior to his entry in the production world, Aaron had a strong stint in the Reggae Music scene as a guitarist, He recorded and performed with various Marley family members, performed at Sunsplash Jamaica, toured with Austin, Texas band The Killer Bees, and recorded with legends Sly and Robbie in Kingston, Jamaica. He is currently based in Nashville, Music City USA. You can follow him on IG @furtheradventuresof.

Nicolle: Growing up with parents, grandparents and sisters that were/are musicians, I don’t remember a time when I didn’t sing and write songs in fact, the memory I do recall was finding out that everyone didn’t sing or play instruments and thinking that was so weird and kind of feeling sorry for them.

There was a time though… where my father sat me down when I was 15 and warned me that the life of a musician isn’t always easy and has many ups and downs… and that if that that was the path I chose, to do it only because of the love for the craft and not for fame as that can come and go... and here I am many years later, though it hasn’t always been easy...  still feeling the love.

Aaron: My mom has told this story so many times that I think it’s true… When I was a toddler I wandered off in a department store, and when they found me I said I was trying to find where the music was coming from. Piano lessons came soon after, then guitar and French horn. I’m fairly certain I’m the only person who’s played Mozart’s horn quartets and recorded guitar with Michael Jackson. lol

Nicolle: I don’t know about it being the strangest method... but the strangest thing I’ve ever recorded for a song required several mics, a bucket of water and different household items being dunked inside to produce a water dunking splashing sound. There was also lap slapping percussion... so there was definitely some compression required.

Aaron: Back in the olden days, I made a break for a song by setting a cassette Walkman across the room, putting it on record, and playing a fill on a snare drum. I then sampled that into an Emax II sampler, played it in reverse, then forward. It sounded perfect in the track.  Not sure if that’s strange, but damn we used to go to all kinds of lengths to get sounds.

Nicolle: Weirdly enough my last purchase for the studio was an Amazon toy instrument binge, where I bought a Kazoo metal trumpet, a slide whistle, a classical toy piano, a harmonica and a xylophone. I also bought an Artiphon Orba, which is a handheld synth, looper and controller to add to my rig for live shows.

Aaron: Retro Instruments OP-6 mic preamp - this thing sounds amazing on anything with any mic. :)

Nicolle: That’s a hard one... I’m usually always most proud of the last thing I write or produce, no matter how silly... but that moment is fleeting, which is what keeps me wanting to make more.

Aaron: I’ve played guitar and bass on singles for Beyonce and Christina Aguilera, but I was more proud to play on a Trick Daddy song with Ronald Isley - everything came full circle and I was following in Jimi Hendrix footsteps!

Nicolle: The one that comes to mind is by a friend, Carlos Rafael Riviera, for The Queens Gambit. Great show and the music is compelling and beautiful.

Nicolle: This is impossible... but I just went on a road trip and listened to Songs In The Key of Life by Stevie Wonder from beginning to end and it made me laugh and cry and sing and reminisce... and I remember being almost sad when we got there and like I could listen to it all over again on the way back. And Rumours by Fleetwood Mac anytime, anywhere!

Aaron: Bach’s Goldberg Variations by Glenn Gould, always puts me in the best frame of mind.

Nicolle: Best advice I think in life and in music is : Listen. As Miles Davis or Debussy or whoever said... “music is the space in between the notes.” That has always rang true to me and I think about that every time I’m producing, composing and even playing solo or in a band. Often less is more and gives space for what needs to be heard to come through.

Aaron: When I was twenty years old, I was starting to tour with reggae bands, and I wound up spending a lot of time with Bob Marley’s lead guitar player Al Anderson. I said something to him about how cool it must be to get all the adulation when he’s on the road, and he said, man, It’s not about all that. It’s about that moment when you’re on stage and your guitar and your amp are singing, and the mix between your monitor and what you’re hearing coming back from front of house is perfect…that feeling is what it’s all about. It took me another year or two to get it, those transcendent musical moments ARE the reward.