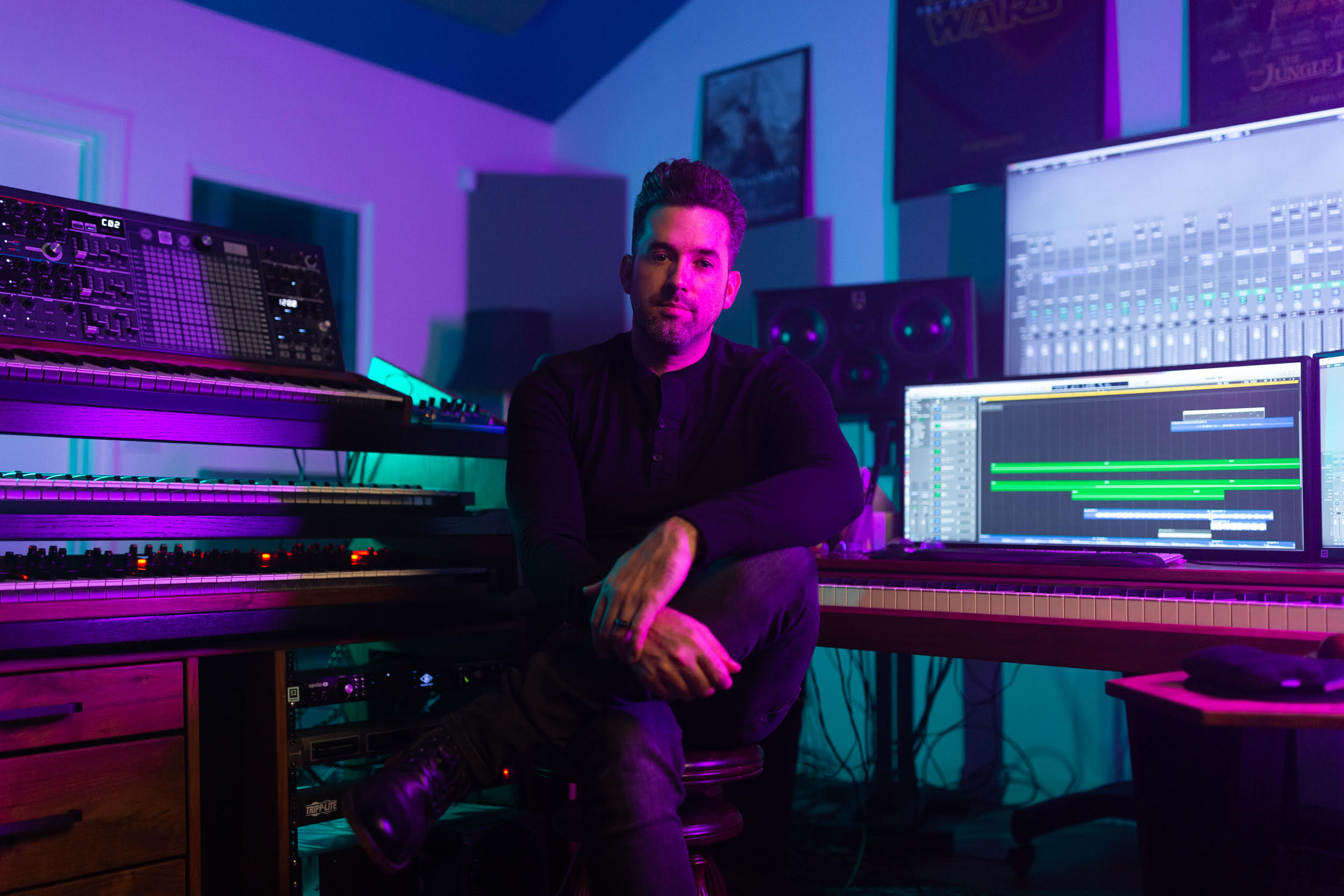 Jacob Yoffee started his career as a composer in a classical conservatory, but was exposed to modern Jazz very early on and spent a decade exploring that world. He made a living performing in all kinds of bands & groups: Rock, Pop, Music Theatre, Country, Neo-Soul, Hip-hop, Big-Band Jazz, Chamber music, etc. In 2016 he met Roahn Hylton in Israel and the two became great friends.  They have been working together ever since, creating the music group Th3rdstream in 2018.  Since then they have scored six series together and have worked on film/television projects with Jay-Z, Robert Downey, Jr., Kevin Hart and Janelle Monae. He has continued to compose traditional concert music and is still currently the Resident Composer for the American Studio Orchestra.   His concert music has been performed in the U.S. and Great Britain at the Huddersfield Contemporary Music Festival, the Royal Academy of Music and on BBC Radio. As a Jazz artist Jacob was signed to Inner Circle Music Records in 2007, releasing his debut album Dead Reckoning. The album’s release concert rave reviews in the New York Times and was featured on the cover of Saxophone Journal magazine.

I saw Gremlins when I was 8 years old and something about Jerry Goldsmith’s music hit me.  At that point I was already a huge movie fan. Could there be anything better than a big cinematic adventure? I remember the moment I realized that the combination of music and picture made it better, bigger and more exciting.  I instantly knew I wanted to do this.  There were a few decades where I did silly things like go to college and play in a thousand different bands but I finally moved to L.A. at the end of 2010 and jumped in the fire.

My favorite is the soprano saxophone, but I rarely have an opportunity to use it in my scoring work.  The Prophet 12 has been much more useful and a lot of fun to incorporate.

An AKAI EWI, to program woodwind parts in a much more natural way – anything to help the sequencing side of things be more fun.  Very similar to the soprano saxophone so far….

The Loved By All soundtrack about Apa Sherpa, who is considered to be the Michael Jordan of Mt. Everest.  There are moments in that score where I felt more like myself than I usually get to be.

Interview with the Vampire by Eliot Goldenthal.

Eliot Goldenthal (and I should mention his work with the orchestrator Robert Elhai in particular)  He writes exceptional “slow” music that reveals the true power of an orchestra without needing additional processing, layering, doubling, etc.  The melodicism is there while also bringing the low-end beefiness that we all love.

I had a weekly gig with my jazz trio where we played INSIDE a parking garage every Friday afternoon. At the time it was definitely one of my “money” gigs that paid some serious bills. I’m sure I did damage to my health breathing in all those fumes.

The Beatles Anthology --- or is that cheating????