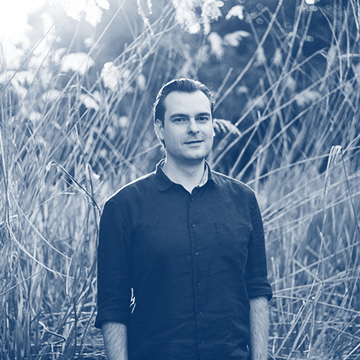 Danilo Stankovic is a composer based in Vienna, Austria. He draws his passion and drive from his curiosity and love for music in all its eclectic forms. His early interest in music grew as he formally started studying classical piano and music theory at age six and envisaged becoming a concert pianist. Danilo then studied music composition at the University of Music and Performing Arts and at the Music Conservatory in Vienna. He is formally trained as a classical pianist and composer. Additionally, Danilo attended various film scoring masterclasses with Hollywood composers Alexandre Desplat, James Newton Howard, Richard Bellis and Bruce Broughton. This inspired his decision to pursue a film scoring career.

His music can be heard in short films, radio and television advertisements for major brands, movie trailers, TV shows, internet campaigns and arrangements for vocal artists. His credits include music for major brands such as Mastercard, Nintendo, LinkedIn, Toyota, Microsoft, Netflix and many more.

My family introduced me to classical music at a very young age. We used to listen a lot to classical music on the radio and cassette player. When I was five years old, I was listening to my older brother practising piano. I would then play his exercises and music from the radio by ear on piano. Since then I started attending music school playing classical piano and learning music theory at the age of six.

I like to take long walks in the city and spend time in nature.

Other than your studio, where does inspiration most often strike? (Or rather “where is the second place you come up with ideas?”

Definitely when I am in nature. I find a lot of inspiration in the mountains.

I used to play trumpet but nowadays I like to play Kalimba for fun.

“Pieces” for Solo Piano. I feel grateful that this track reached over 1 billion streams on TikTok.

Doing what I love and dreamed since my childhood. I am proud that through music I am able to reach and inspire many people around the world. A personal achievement that I am proud of is when my wife and I hiked and camped for 14 days during Tour du Mont Blanc, crossing France, Italy & Switzerland by foot for 200 km (124 miles).

Other than Star Wars, The Ghost Writer