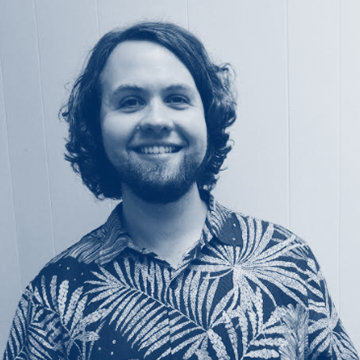 Jonathan Paulsen grew up in a musical family and started writing music in early high school. He created and arranged pieces for his marching band-mates, where he played the tenor trombone - and he also began learning the nuances of digital audio creation. This turned into somewhat of an obsession, and going on to attend the University of Oklahoma on the National Merit scholarship, he received a degree in Music Composition under the instruction of Dr. Marvin Lamb, graduating with distinction in 2012. During those years he wrote both for the OKC student film circuit as well as his electronic side project - PrototypeRaptor. This project has taken him around the country performing shows and has generated over 3.5 million streams to date, 8 albums, and numerous remixes and singles. After graduation he has focused on his production and composition endeavors while living in Dallas, Texas. Working closely with Score a Score on custom music and library tracks, which has led to placements in major campaigns for Android/iOS and Windows, as well as uses in Shameless on HBO and Shadowhunters on Freeform.

I started off with piano lessons in elementary school, but I didn't really get into writing music until I was 12. I ended up dropping piano to play trombone in middle school band class and wanted to do brass arrangements for my friends to play. This led to the discovery of DAWs and then lots of (terrible) early-2000s inspired electronic music.

I have a didgeridoo I use more often than I should to get samples for experimental basses. It works... surprisingly well.

Almost without fail: as soon as I get up and start a chore, or have somewhere to be and can't write - I'll get some kind of idea. It's always a matter of remembering it until I get back! I use a voice memo/journal on my phone to try and keep some record of things. Other than that: during showers. Zoning out is paradoxically the best thing for productivity I've ever done.

I listen to a lot of different music - I try to absorb whatever I can to be ready for anything and to pull ideas from radically different genres for tracks.

I usually have radios going on Spotify to try to find new music to check out! They made it so much easier than crate digging. Straight from my recently played list:

This is already too long I'm sure so I'll stop there.

My secret weapon... the Silver Bullet by LouderThanLiftoff. It's the closest thing I know to a 'betterizer' that keeps me from spending a whole day tweaking a snare drum or trying to get a vocal to sit right.

More of a genre - the 2000s europop I grew up with. Cascada, Eiffel 65, Scooter, Basshunter, Caramell. So sugary sweet, it hurts so good. Also, Smash Mouth. Fush Yu Mang is legendary don't @ me