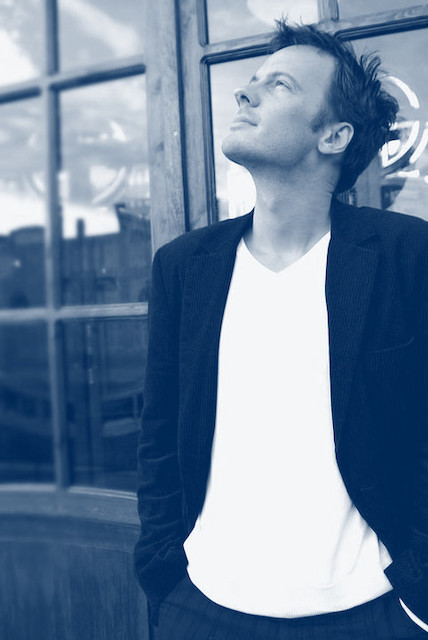 Marcus Olgers is an Amsterdam-based composer and pianist. He studied jazz piano at the Conservatory of Amsterdam. He composes and produces music for short films and documentaries as well as albums for other artists and also made an album under his own name. His music has been used by Google, Microsoft, AT&T, Johnnie Walker among many others. As a session pianist, he works with major artists, bands and orchestras in the Netherlands, such as Ilse DeLange and the Metropole Orkest.

I guess as a 4-year old, listening to the radio.

My influences are extremely eclectic. As a kid, I grew up with Bach & the Beatles and the pop & rock of the 1980s. In high school, I was into the art- & jazz-rock of the 1970s. I studied jazz piano at the Amsterdam conservatory of music, so the whole jazz tradition shaped me a lot as well. It’s a rich & beautiful world. I tend to be inspired by artists & composers who create new worlds, drawing from different styles. Bach did that, Strawinsky, Miles Davis, Peter Gabriel, Pat Metheny, to name a few.

I’m walking a lot, especially since the pandemic happened.

Being a pianist, almost all of my time goes into that, but I would love to be a decent guitar player!

The boring but honest answer is the computer. It’s amazing what it allows you to do now, the only limit being your imagination.

More than a decade ago I made an album called Hiding in the hinterland, an amalgamation of my influences. Mostly, I would do it all very differently today, but there’s also music on there that I’m very proud of.

I sometimes play with the Metropole Orchestra, a fantastic orchestra here in the Netherlands specializing in Pop & Jazz. That always brings a special feeling of pride. Personally, I’m very proud of my 7-year-old son, his lust for life and my own part in that.

If you could join any band, past or present, which would it be and why?

I could say the Miles Davis quintet in the 1960s, but then I would put myself up there with Herbie Hancock which would be the biggest joke ever! So I say Coldplay. I love their concepts, the energy they bring into the world. Their last album was great.

In your opinion, what's a score (or soundtrack) that is better than its movie?

Prince - Under the cherry moon.

I haven’t seen many (if any) new movies lately. I thought Billie Eilish’s song for the upcoming Bond movie was very powerful and the score for the last few seasons of The Crown on Netflix was beautifully done.

John Williams’ score for E.T. was life-changing for me as a kid. The way it works with the picture, especially the end sequence, is just marvelous. There is a great little clip on YouTube with footage of the scoring session but also of Williams at home playing those themes to Spielberg for the very first time. Must see!

Bach. The blending of the emotional and the intellectual, the sense of math and melody, the minimalism and the grandness, everything really.

Not many odd jobs, from 15 on I was playing piano in restaurants. But I worked one summer in a factory for traffic signs with dangerous machines. Surely wouldn’t want to do that again!

I’m also a session pianist, performing & recording with artists mostly here in the Netherlands. Between that, composing and family there’s not much time left. I’m into history. I’d love to read more.

That’s always such a hard question. Today I say Close to the Edge by Yes.