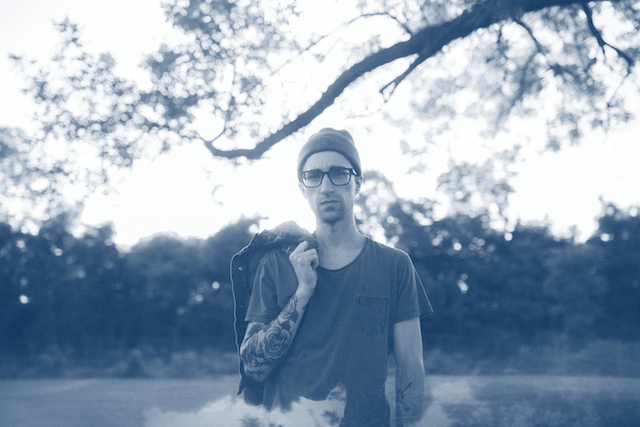 Roland Bingaman started out on his musical journey from a very young age. His teenage years and most of his young adult life was spent singing and touring in an alt-rock band. After that, he transitioned into video production and began directing, filming and editing commercials and music videos. The itch to get back into music was always inside of Roland so he began composing and producing music on the side. Now his days are spent composing, producing, and writing music.

This always seems to be changing but the foundation of my musical influence has been Sigur Ros. That band opened my mind up to a form and beauty to music that I'd never heard. There was something so mystical, emotional, and textural to their music that a young lad who only ever listened to pop-punk and hardcore music had never experienced.

Anytime I make sounds using my voice it feels strange. I always have to warn my family that I'm about to record strange sounds and noises with my voice.

Though I'm not very good at any particular instrument, I could sit at a piano and drums all day. Playing a real piano is so meditative for me whereas banging the heck out of a drum kit is therapeutic.

I have a track titled Unbound on my recent trailer album. I think that is a piece that I'm proud of because it felt like the first time I wrote a trailer score that sounded "like me". Up to that point I had attempted the epic, hybrid, intense trailer stuff. But when Unbound was made it felt like something different and that was really exciting to me.

My ideas most often come from driving alone in my car or in the shower. There's something about doing a monotonous task alone that lets my mind come up with creative ideas.

In your opinion, what's a score (or soundtrack) that is better than its movie?

As a die-hard Star Wars fan I'd have to say that without a shadow of doubt, the sequel trilogy (episode 7, 8, 9) scores are way better than the movies. Don't get me started on those though.

Besides Star Wars, the score I go back to time and time again is Alexandre Desplat's score for Mr. Magorium's Wonder Emporium. It's beautifully whimsical, quirky and emotional. I find it totally mesmerizing.

John Williams. I think he's on a whole different level the way he writes motifs and arrangements. He's an absolute genius.

I really love spending time with my family. My wife and son are my whole world so anything with them is how I spend all my time when I'm not working. Playing outside, going on walks, making stop motion videos with my son, any family time is the best time. If I were to pick a hobby that I enjoy outside of that I'd say digital illustration. I love doodling on my iPad. In another life, I'd be a concept artist.

I could listen to Relient K's album "Mmhmm" forever and never get tired of it.

"Write it, submit it, forget it"